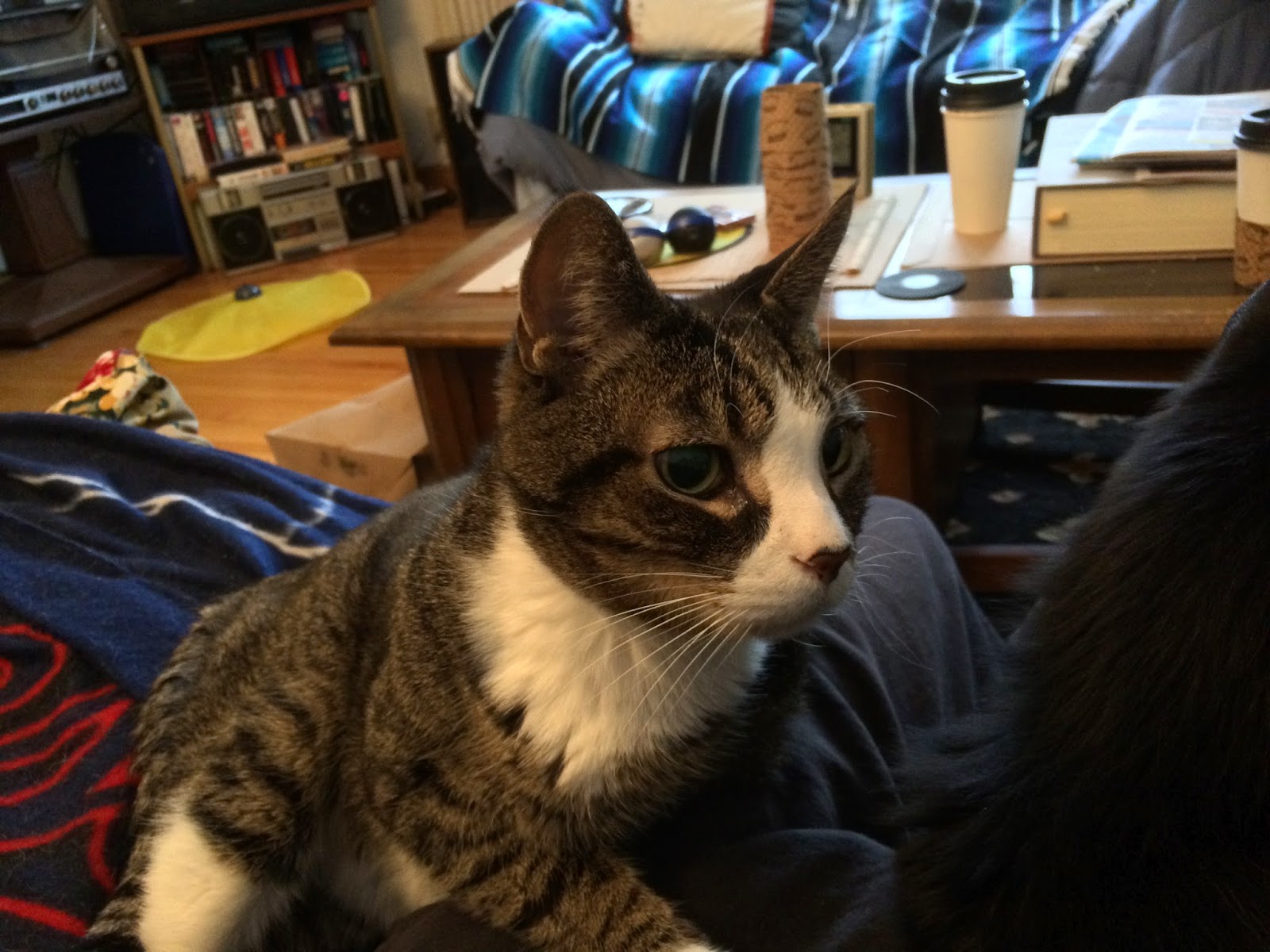 Thompson, I hope you feel better soon! Sending you purrs.

Lots of love, hugs, and purrs coming Thompson's way. I hope he has a grand 2015.

We hope Thompson feels better soon and that 2015 is his year. We will keep him in our thoughts and prayers.
Hugs.
Angel Normie, Mika, Sasha & Grady Lewis

Poor lil' guy! I hope it's just creeping old age and not anything serious...have you tried a round of prednisone to see if he improves?

Aw, Thompson. We're purring for you and hoping it's nothing serious.