Forever Just Out of Reach 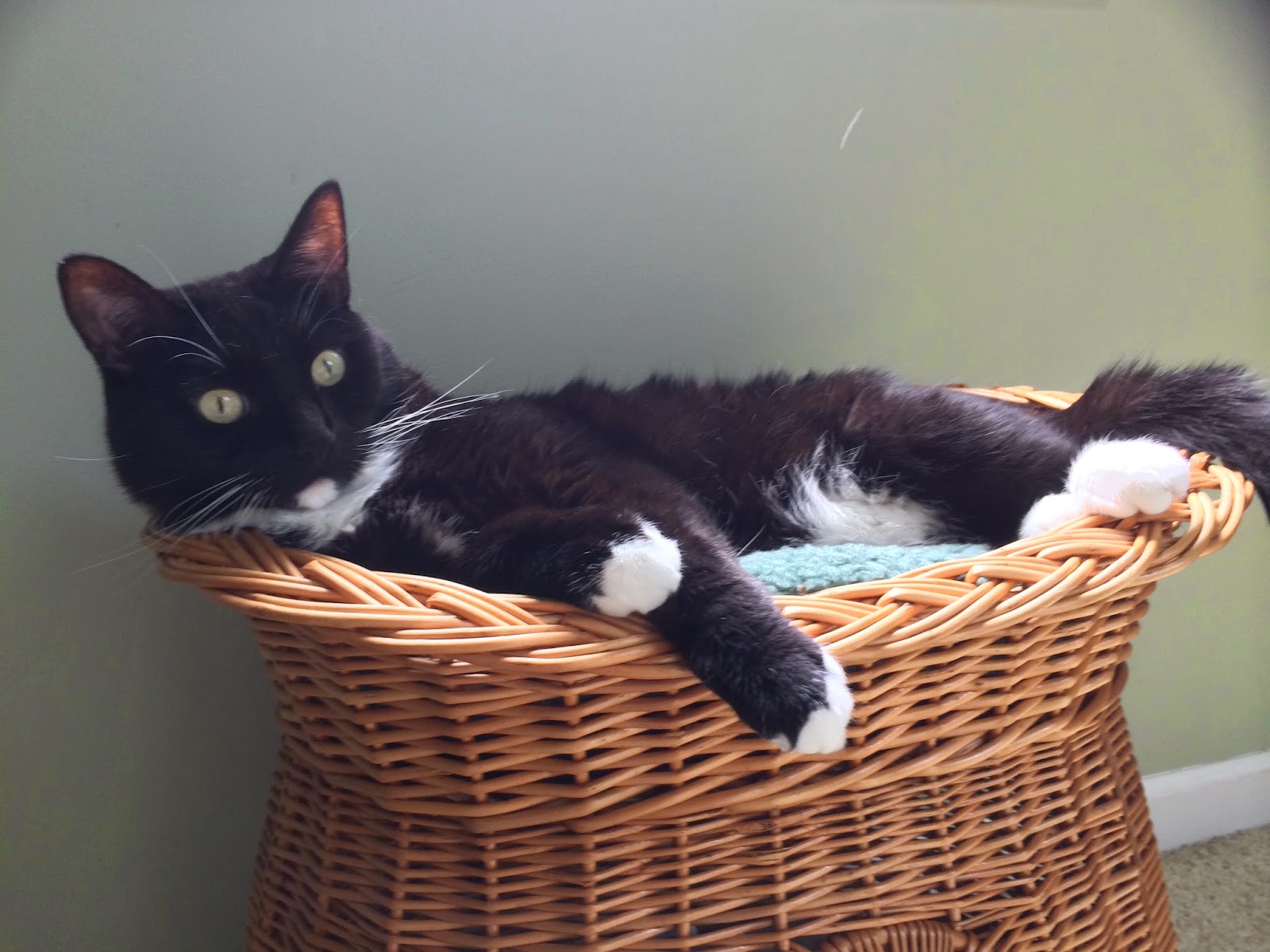 We haven't had the ever popular laser pointer in our house since the last one pooped out shortly after Theo came to live with us.  I've kind of felt bad about that on multiple levels. Theo loved chasing that pesky red dot all over the house. I would even go so far as to point it at the ceiling and that didn't deter Theo's chase whatsoever. He would leap as high as he could even though he was coming up about five feet short.

To not replace something he (and Diego-san) enjoyed made me feel derelict in my entertaining duties. But at the same time I felt kind of cruel because Theo was never going to rest easy until he caught that dot. (Diego-san would chase it for a while but then realize the futility and ultimately saunter away as if he was telling me he knew it was a game all along and he was just amusing me by agreeing to play.)

Last night I was out picking up some food for the boyz and I decided since Theo has pretty much licked the nip toys dry that I would pick him up a new toy (his routine includes taking toys out of the toy box and playing with them a couple of times a day). I was looking at the variety of nip toys- bananas, cigars, birds, hearts, etc. when an employee asked if I needed help. I jokingly said, "Do you know what my cat would like best?" and the employee trained to be helpful pointed to the laser pointer. "Ever have one of these?" he asked. So that's what I bought. And Theo's eternal chase began once again when I got home.
Posted by Dma at 12:00 AM

We bet Theo is happy his ol' nemesis Red Dot is back.